Home / Infographics / Sales / How has the LCV market structure changed

According to NAPI (National Industrial Information Agency), the new light commercial vehicle market structure changed in the first half of 2022. Vans remain the most in-demand vehicles. So in April, vans accounted for a little more than 50% of all light commercial vehicles sold. In May-June, the share of vans decreased, in June vans occupied only 42.7% of the market. The share of dropside vehicles/curtainsiders, on the contrary, grew in May-June and reached 27.6% in June. In the period from April to June, the share of pickups was growing, in June pickups occupied 9.5% of the market. The share of ambulances decreased in February-April, while in May-June it began to recover. In June, ambulances accounted for 3.6% of the market, which is more than in February. 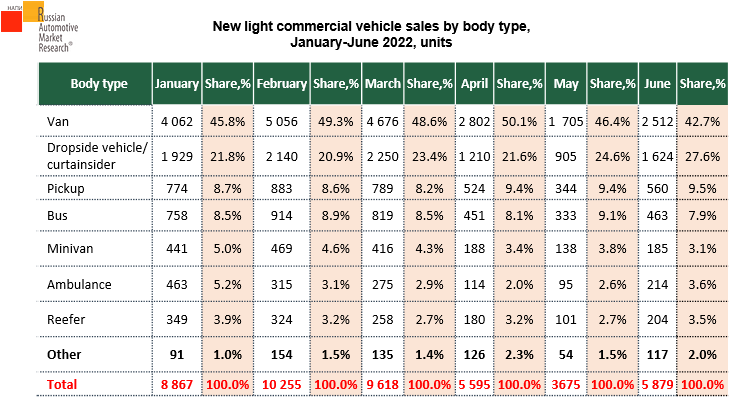