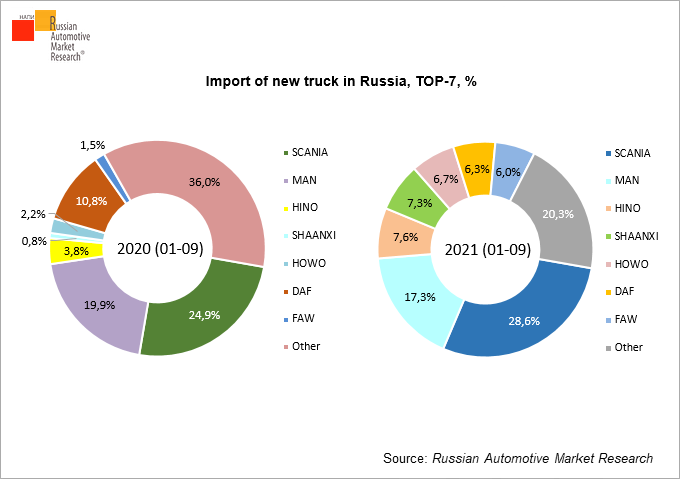 According to Russian Automotive Market Research, over the first nine months of 2021 the volume of import* of new trucks to Russia amounted to 17.4 thousand units, which was a 67% rise on the similar reporting period of 2020. Last year, 10.4 thousand new trucks were imported.

In January-September 2021, the first and second places in the import structure were occupied by SCANIA and MAN: their shares in the current year amounted to 28.6% and 17.3%, respectively.