Home / Infographics / Import/Export / How much did truck import and export fall in 2020? 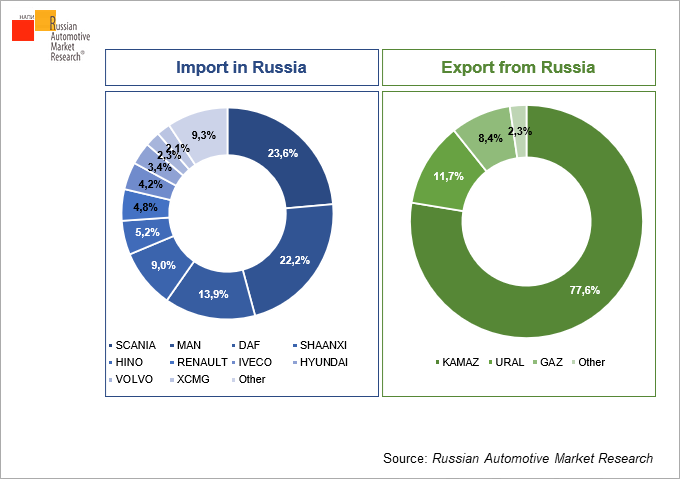 According to Russian Automotive Market Research, over the first eight months of 2020 the volume of import* of new trucks to Russia amounted to 7.4 thousand units, which was a 32% decline on the result of the same period of 2019.

Mostly trucks of European brands are imported to Russia, among which SCANIA, MAN and DAF are leaders. These three brands accounted for 60% of new truck import in January-August 2020. Chinese SHAANXI trucks and Japanese HINO vehicles also had large shares in import this year: 9% and 5%, respectively.

Over the first eight months of 2020, the export of new trucks from Russia amounted to 1.3 thousand units, which was a 29% decrease on the same period of 2019.

KAMAZ trucks accounted for the main export volume вЂ“ 78% for the reporting period.

More interesting articles on our channel in Yandex.Zen.В