Home / Infographics / Production / How many cars and commercial vehicles were produced in the first quarter of 2020? 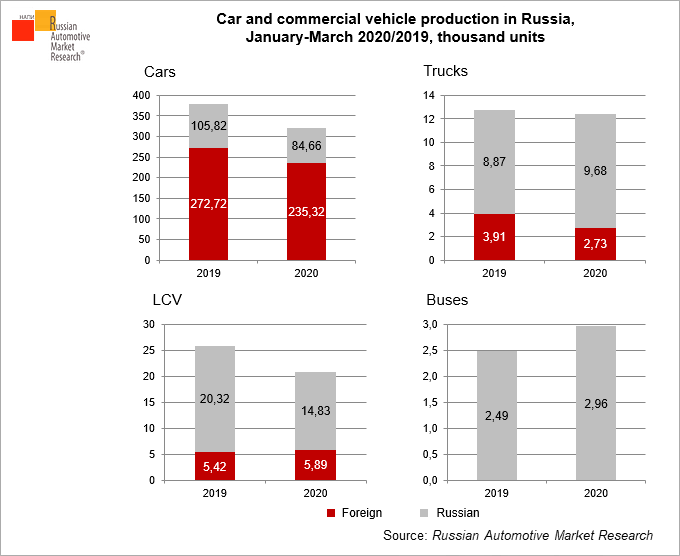 According to Russian Automotive Market Research, 320 000 cars were produced in Russia in the first quarter of 2020, which was a 15.5% decrease on the production result of the same period of 2019. Production of cars of Russian brands fell by 20%, foreign ones - by 13.7%.

For the reporting period, 12.4 thousand trucks rolled off assembly lines of Russian enterprises, which was a 2.9% decline year-on-year. Production of trucks of Russian brands increased by 9.2%, while foreign brands, on the contrary, decreased by 30.2%.

The production decline was also typical for LCV (-19.5%). A total of 20.7 thousand LCV were produced in January-March 2020. Production of light commercial vehicles of foreign brands increased by 8.7%, while Russian ones fell by 27%.